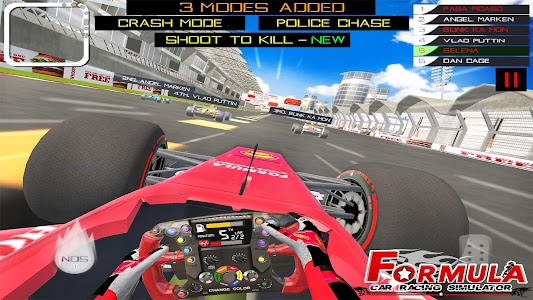 Feel the rush as you tear down the track at reckless speed in a thrilling car race to the finish.