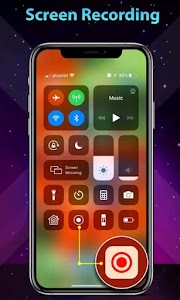 Launcher iOS 14 sets a new standard for the Android mobile operating system. It makes your phone better than before turn your phone into iphone. And now it opens up to amazing possibilities for launcher on your phone. With Launcher iOS 14 Your phone is the most powerful personal and intelligent devices they've ever been.

THANK YOU SO MUCH FOR YOUR USING MY APPLICATION!
Show More >