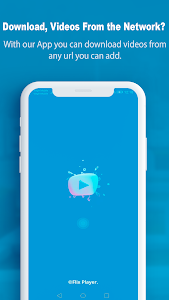 Our player and its power to be able to Play any File Format (including fotmato m3u and m3u8).

1) SUPPORT ALL VIDEO AND AUDIO FORMATS - Flix Player It is the Most Accepted Player that manages almost all the formats of Audio and Video.

When defining the formats supported by Flix Player it is important to keep in mind that "media formats" are in fact defined in multiple levels. From the lowest level to the highest these are:

The format of individual media samples (for example a video frame or an audio frame). We call these sample formats. Note that a typical video file will contain media in at least two sample formats; one for video (for example H.264) and another for audio (for example AAC).
The format of the container that holds the media samples and the associated metadata. We call these container formats. A media file has a single container format (eg MP4) which is usually indicated by the file extension. Note that for some audio-only formats (eg MP3) the sample and container formats may be the same.
Adaptive transmission technologies such as DASH SmoothStreaming and HLS. These are not media formats as such however it is still necessary to define what level of support Flix Player offers.
The following sections define the Flix Player support in each level from the highest to the lowest. Support for independent subtitle formats is also described at the bottom of this page


SCRIPT
Flix Playerr supports DASH with multiple container formats. Media streams must be displayed which means that video audio and text must be defined in different AdaptationSet elements in the DASH manifest (CEA-608 is an exception more information in the table below). The sample audio and video content formats must also be compatible (see the sample formats section for more details).

SmoothStreaming
Flix Player supports SmoothStreaming with the container format FMP4. Media streams must be displayed which means that video audio and text must be defined in different StreamIndex elements in the SmoothStreaming manifest. The sample audio and video content formats must also be compatible (see the sample formats section for more details).
Show More >