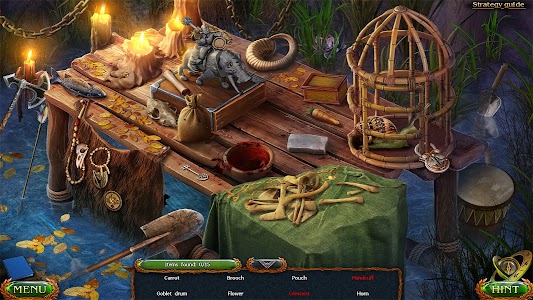 Who is scarier to Susan the Warmaiden: an evil and vengeful ancient deity or her own angry and resentful son?

TRY THE FREE TRIAL VERSION AND THEN UNLOCK THE COMPLETE ADVENTURE IN THE GAME!

Lost Lands: Redemption is an adventure game in the genre of Hidden Objects with plenty of mini-games and puzzles unforgettable characters and complicated quests.

Susan carelessly spends her time in the Lost Lands trying to maintain order. But a dangerous relic has been discovered on Earth so she must return to her homeland.
However as a result of the time difference between the two worlds Susan was away much longer than she anticipated. Unfortunately it didn't go unnoticed. Her son Jim is angry with his mother because of her sudden disappearance.
Susan wants to solve the issue as fast as possible to restore the order in the world but her simple plan will never work. Now Jim is involved in the adventures of his mother against his will.
Will Jim forgive and accept his mother for who she is? Will Susan put her family above saving the world and a life full of endless adventures?
Will mother and son establish a relationship while in the center of the disaster?
It's time to explore every corner of the Lost Lands! Find hiding spots and collect manuscripts full of ancient knowledge. Use your mind and wits to solve the mysteries of the magic temple and defeat the vengeful ancient deity.

Solve the mysteries of the secret temple and find the magic artifact of an ancient deity.
Defeat powerful villains with your attention and persistence!
Dive deep into new and dangerous adventures with old and loyal friends!
The vengeful deity broke free! Stop him before he regains his power!
Find the places safely hidden from prying eyes and reveal their secrets!

The game is optimized for tablets and phones!

Get Together: A Coop Adventure