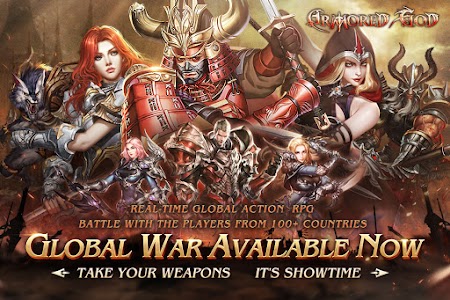 Global Battle wages today! Players from over 100 regions are challenging you.
Christmas Party: New Version is Coming! Top 3 Players in Cross-server will become Bosses. Their original display and power will be duplicated. Dare you challenge them? Cross-server Bosses will be refreshed at 8:00. Ranked top 99 in damage ranking to gain huge rewards!
Equip godly Armor and ride Epic Mounts to conquer the World!

❖Global Server
Players from over 100 regions have gathered around. Players can compete with each other and form Legions to challenge different Bosses and Dungeons!

❖Top Gears
Gears will be one of the most effective items to increase battle power. Gears like Wings and Soul Weapon can be acquired via Boss Challenges and Dungeons.

❖Eudemon System
Over 50 kinds of Eudemons with Level 6 ultimate form. Eudemons can combine with each other and join in battles providing huge extra battle power.

❖Transform System
Players can transform into forms like Holy Mecha Red Orge Apostle or ‘Night’. Damage will be increased by 500% after transforming.

❖Cross-Server Legion Battle
Join in a guild and rally with other players. Release your enthusiasm for PK in huge maps. Become the top player to be admired by the World.

❖Final Battle with Titans
Challenge epic Titans and expel the Darkness. Are you ready?