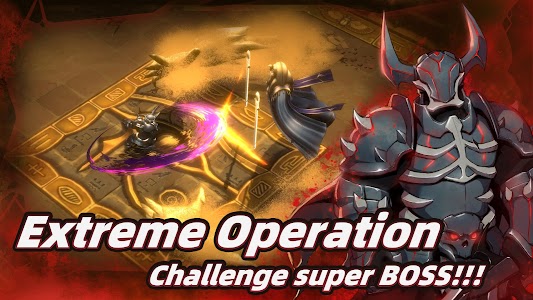 【Game Features】
With a hard-core fighting style the battle with the monsters is not a single damage output but a back-and-forth operation interaction.
A rich combination of items like the combinations of weapons equipment secondary-weapons and spoils form amount of different game combat experiences.
The challenge mode challenge the skills of the players without the bonus of the item combination the combat is more dangerous so it needs the higher skills.
The strong sense of attack and the all-round performance of actions sound effects special effects shaking and pauses which makes you experience the refreshing feeling of the exciting combat.
Compared with the fatigue and emptiness of simple action games our growth line based on the rich experiences emphasizes the enrichment of collection and the sense of achievement of the growth of skills and opration.
Those hidden elements that are full of challenges powerful hidden bosses that are hidden in the depths of the game waiting for the brave warriors who are ready to challenge.
【Backstory】
In the fantasy world the original stone crystal is the core of the world the energy it radiates nourishes all things and maintains the balance of the world for thousands of years. Until one day an evil demon king - the Dark Lord appeared who took the crystal as his own. He draws strength from the crystal and bring chaos to the world. The hero whose power was once seized by the Dark Lord is on an adventure again...
Show More >