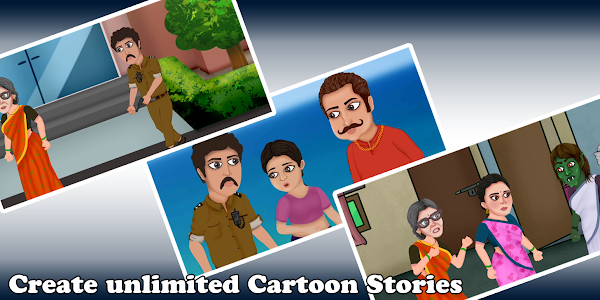 Chroma Toons app is a useful app for those who want to make animated cartoon videos in mobile. Cartoon Stories are in trend on video sharing websites like Youtube. You can Select your character and setup the background scene and then record cartoon video using finger touch movements.

(This app is totally free. You may need to watch ads to use few features.)

The app interface is easy to use. You don't need to draw anything to make a cartoon story. Record cartoon videos with your voice.