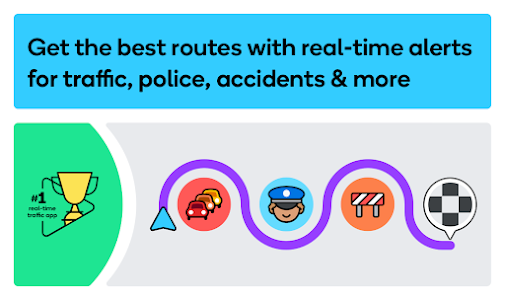 By installing this version, you remain responsible for its use.
Namely in France according to the law still in force to this day: The police do not have the right to search your smartphone.
Cloned version:
➡ Package name changed to com.wten

You can install it alongside the official Waze app