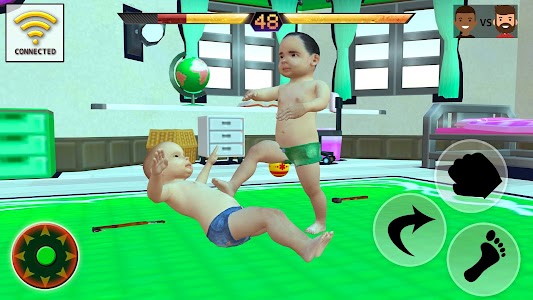 Welcome to Kids Pro Wrestling Fight Be a Superhero Kid Wrestler and defend your Toys and also your home. There is a World Tag Team Gang who is trying to take away your toys and also they want to defeat you.

That Tag Team doesn't know that you are a Superhero Fighter Kid and also you are a Kid Wrestler and champion in World Tag Team. You are a trained Kung-Fu fighter and you can take down these kids very easily. You are on war defeat the opponents and be a Baby Boss.

Defend your Toys and you need to hit them hard so that the opponents will go away. Do Back-Flip kicks kicks punches and much more in this Kung-Fu game for Kids. Be a Sole winner by taking down the opponents and prove them that you are a real hero.