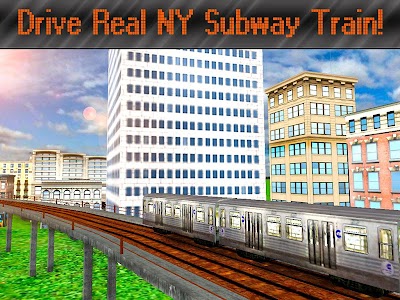 Ever dreamed to be a subway train driver? Try to drive a real New York Subway train in this simulator game. Can you drive subway train on a real New York subway line stop at each station get passengers follow semaphores and speed limits? You can get penalty or bonus point depends on what you do. Be a good subway driver to earn maximum points. Driving subway train is not easy you need to train yourself.

Don't waste your time. Hop on your train and be a subway train driver help people of New York to get on time. Drive fast but accurate follow all rules signals and signs. New York subway is a sophisticated system and by following rules you will avoid accidents. Enjoy New York Subway Simulator!