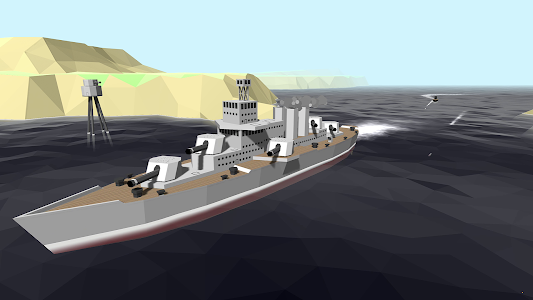 Each ship has different attributes requiring the player vary their combat strategies to be successful. The Cargo and Hospital ships further vary game play by performing missions within the main combat arena.

Game play can be described as a never ending death match and takes place in a large open environment with islands ports and narrow passages. There are largely no rules and whilst a tier 1 ship can be in the same arena as a tier 5 ship there is no pressure for them to engage the tier 1 ship will generally be faster and allows the player to avoid a confrontation.
However for new players there is also an independent training arena that is limited to low tier ships.

There is also a built in friends system that allows you to team up and work together. Friends can then battle together friendly ships appear on radar as a green blips and firing upon them is disabled. The system also allows players to send each other in game currency in reward for their help in combat.