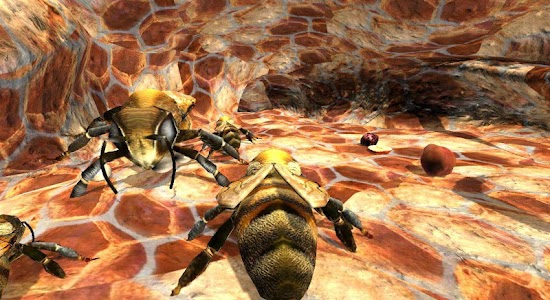 In this 3D Bee Simulator you can expire adventures from the perspective of a honey bee. This 3D survival game and animal simulator will set you into a realistic simulation of the insect world. Establish your own bee colony. Search for food resources in order to feed the beequeen and the larvae. Explore a large detailed natural habitat filled with other insects which possibly attack your bee colony. After the required amount of food the bee queen will lay eggs that evolves to lavae.

Enforce attacks to overwhelm other insects with the power of the swarm.You have to plan bee battles against enemy insects like huge Scorpions Spiders or Praying Mantis. Create trails with pheromones to get support from other bees enlarge the bee nest.