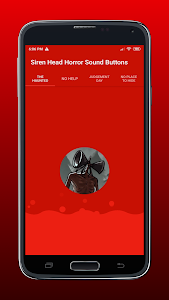 Let’s begin with a brief introduction to Siren Head. Siren Head is a very aggressive monstrous and skilled predator which makes it very dangerous. Almost all images of Siren Head are presented very similarly to each other featuring Siren Head as a tall thin desiccated and dehydrated humanoid with mummified skin and dual sirens on its head. Siren Head isn't a being of our reality instead Siren Head is much distinguished than us as it is not limited by our laws of nature.

Play the horror sounds of Siren Head and have fun!
Show More >

Once Upon a Tower 24