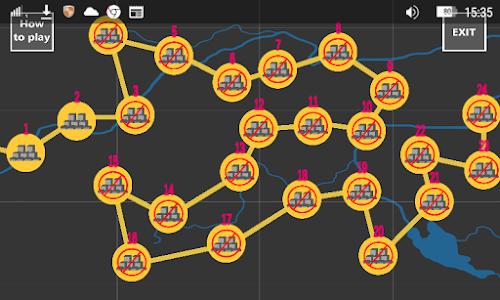 Now Zombies is a game about a zombie outbreak the victims of which become zombies. In the first scene you will see a map of the state with the cities located the inhabitants of which you must save from the threat. After you select a city you will see
blocks roads rivers.Above each block indicates the number of residents if in the block are zombies you will see reducing of the number of residents and increase in the surrounding areas that is civil escape. Your goal of
game is to find out where the zombies are and destroy them with the help of the police and army until they have spread throughout the city the police station you will see to the East of the city and the military base to the West. If there are more infected than healthy residents the state will have to destroy the city your goal is to prevent this in addition
the more civilians you manage to save the more reward points you will get which you can use to engage more police and army officers after the battle for the city you can also get extra points for watching video.
Show More >

This is a new game

Once Upon a Tower 27