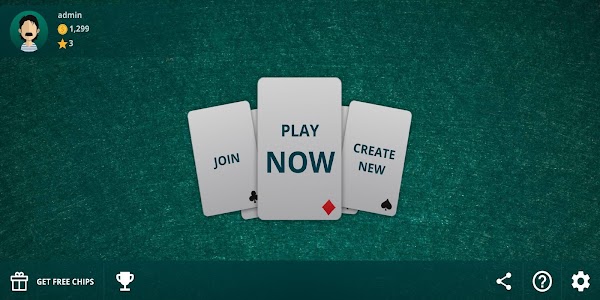 Side bet is a game within the game. When the game starts there will be a singe card showing example a 10 of diamonds. When the game is over and player 4 has the closest or higher card they win the side bet.

Each player receives 6 cards in the beginning.

***You have to play at least once in the initial 4 rounds to be qualified to play the fifth round.

The Goal is to strategically beat the leaders Suit.

Example: Player 1 has an 8 of Hearts; Player 2 folds because they don’t have a higher suit or they strategically want to save it for a later round. You as Player 3 can drop a 9 of Hearts and become Leader


The leader starts with a card. Other players then take turns to throw down:

1. Pick a card and CLICK FOLD (card facing down)

2. Pick a card and CLICK PLAY (card facing up) that is a similar suit and higher position whoever plays the last card in round successes and leads the following round.

Updates for gameplay for en-US here