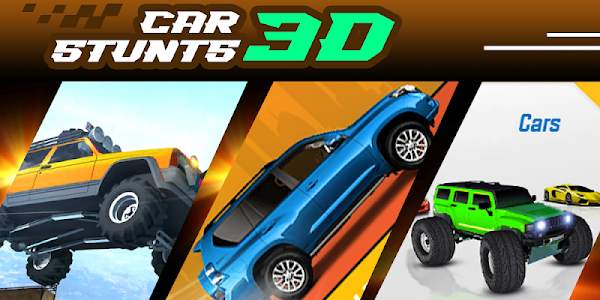 OVERVIEW
Car Stunts Racing 3D - Extreme GT Racing City is an extreme car racing game that gives racers the best fast and furious speedway experience.
You are joining in races against time and don’t forget that time waits for no one.
Ramp your car up to feel the speed and score as many Grand Prix wins as possible.
To enjoy the most of the game you can challenge yourself and make every race count by performing some crazy racing car stunts.
Show off a perfect drifting or a spectacular 360-degree flip that makes everyone go wow.

Join the Car Stunts Racing 3D and enjoy racing car games with no wifi. Car Stunts Racing 3D is interesting free Cars & driving games where you can perform car stunts on multiple mega ramp tracks. We have developed a number of challenging missions in a Car simulator. So let's have an overview of them in our growing and most Popular games. If you have a thrill of ramp car racing stunts then try this Driving simulator and drive into the fun of new games 2020. New car games 2020 is one of the best offline games. Download Now!😍

Tell us what you think about our game!
Hurry up and download this Car Stunts Racing 3D - Extreme GT Racing City game and give us your valuable feedback after playing this game. Your feedback will be valuable for us.
Show More >