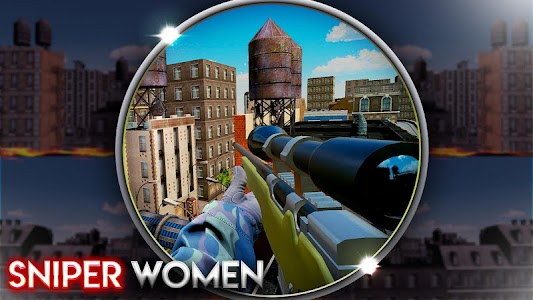 Let's play with sniper girls to give them justice.

Victoria's father was the former secret hitman assassin for his agency. Her father was kidnapped by another enemy agency with the help of other criminals forces 5 years later with a word of a gunshot her father was killed.
Victoria was trained by her father. She learns to snip and other important military training.
With the other two friends name charlie and angels she decided to take revenge.
She returns to the poor city with her friends where no one is complaining.

Missions:
Best Action and best blow with blazing of modern Sniper guns
A lot of mission where you have to assassinate enemies silence
Find your targets as hunters do their hunt
A fierce battle with gangster bosses
kill the traitor
kill the terrorists & rogue agents from your city.
Help the sniper police girls
Show More >