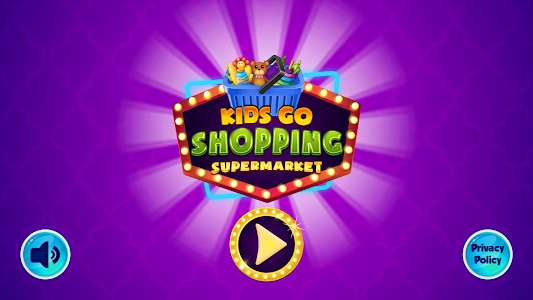 **Supermarket – Kids Shopping Games** is a fun supermarket shopping girl game that gives you an idea of how supermarkets and shopping malls work and offers you an unforgettable virtual grocery shopping experience! From food shopping games and clothes shopping to cleaning games recycling and slicing food games there’s just so many fun and creative activities in our supermarket games with many levels!

Key Features:
1. Shopping:– In this game there are two characters (a boy and a girl) that go shopping. The user's task is to place fruits vegetables and items from the list to the shopping cart. The list with the groceries is placed in the top right corner. All the items being placed (in the corresponding amount) in the cart the users go to the next step which is paying at the cashier desk.

2. Classification:– This game has three sorting games that appear subsequently when you start the game. The user has the same task in all three: to sort and classify the items placed on the floor.

3. Fruit Slice:– In this game the user has to cut the fruit that comes at random from the bottom part of the screen but he or she has to pay attention not to cut the bomb.

4. Room Clean Up:– In this game the users have to clean the mess by using the cleaning tools. Each of the tools placed on a button in the bottom part of the screen cleans a certain dirty area. The user has also to pick up the garbage from the floor and to throw it in the garbage can.

5. Food Maker:– In this game the user has to prepare food following the recipe in the bottom part of the screen. The user puts the ingredients into the mixing bowl by swiping the screen. When he puts all the ingredients from the list into the bowl the mixer starts mixing and makes the chosen delicacy. When it's done the screen goes darker the delicacy zooms in and it needs to be eaten.

6. Food Collecting:– In this game the user has to put in the basket as much food as possible. The food is moving on a conveyor belt and a user needs to put the
items into the basket by pressing the corresponding buttons in the bottom part of the game.

Play a game and enjoy it!
Show More >