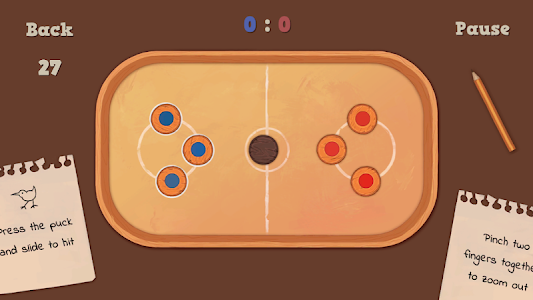 Rules:
The game involves 2 players who take turns. The player's task is to stop the black puck in the opponent's zone. The player can take a hit on his pucks 2 times per turn exceptions: first move; the black puck is shifted after the first hit. The winner is the player who wins in 3 rounds.

Pact With A Witch