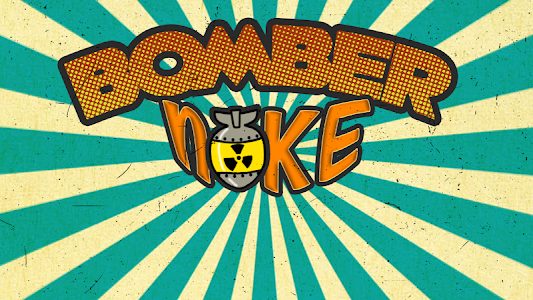 Yuri Tolstoy nicknamed Bomber Nuke is a Soviet cosmonaut (astronaut) from the future. His mission is to save the Galaxy from evil alien monsters.
At the disposal of the hero is an endless supply of modern nuclear warheads through which it is possible to disintegrate aliens and destroy obstacles on the way.
His hobby is collecting postage stamps (philately). Help Yuri collect postage stamps at all levels. Each postage stamp gives a bonus for a more effective struggle for the safety of the Universe.

Bomber Nuke game you will move through multi levels. In order to do this you must accomplish two things on each floor: You must destroy every enemy and you must reveal the exit which can only be used once ever enemy is defeated. In addition to this every floor contains one power-up that can increase Bomber Nuke abilities as well as his chances for survival. The general goal throughout the series is to complete the levels by strategically placing bombs in order to kill enemies and destroy obstacles. Exploding bombs can set off other bombs kill or injure enemies and destroy obstacles. However they can also kill or injure the player character destroy powerups and sometimes "anger" the exit causing it to generate more enemies. To do it in each level you have to destroy opponents and find out Exit Door. Strategically place various bombs to put opponents in a trap or destroy many obstacles. The Exit Door is hidden under brickso you have to place bombs to destroy brick to find this. Bomb will automatically explode after several seconds or manually explode when you get blow up control.
You will lose the blow up control if you die. You can get this one in some next level.
Be careful bombs can also destroy yourself if you in exploding range.

Enemies
There are eight different enemies in the underground labyrinth each one a little different from the others. They move at a variety of speeds with the fast monsters capable of overtaking Yuri at full speed. They have varying degrees of intelligence. Some wander aimlessly about the stage while others hone in on you and stay on your trail when you try to get away. And three of the monsters are capable of passing through the walls effortlessly. They are much harder to destroy but if you happen to blow up a wall that they are inside of they will be killed in the process.