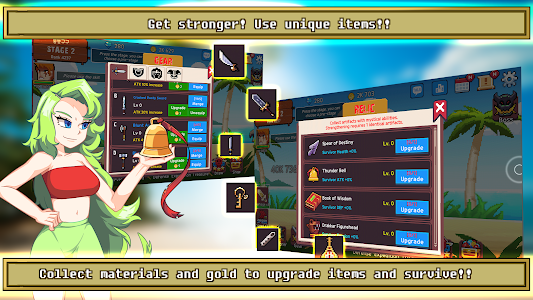 ■ The story about survivors lost during the Bermuda Triangle expedition!

■ Base Camp Defense
Build a sturdy house and towers to fend off enemies and explore the island to rescue other survivors.

■ Build the expedition team and the defense team!
Rescue more than 40 different survivors train them and fight alongside them!
Use summoning to recruit various companions.

Mimo: Learn coding in JavaScript, Python and HTML 3.11 (Premium) (All in One)