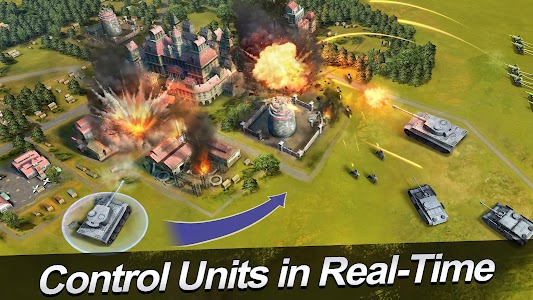 Commander it's time to lead your troops!

World Warfare is a 3D strategy game where you command land sea and air units in World War II inspired battles. Form your own band of brothers and command dozens of units in real-time PvP combat! Hundreds of simultaneous players will battle for supremacy in huge strategic maps. Unleash the dogs of war and test your mettle on the fields of battle!

FEATURES:
- Build and expand your base into a formidable stronghold.
- Train up to 32 different types of land air and sea units.
- Gain an edge in war by upgrading your infantry tanks aircraft carriers and much more.
- Form alliances and join leagues and take on players worldwide.
- Strategize attacks upgrades defenses and building priorities. LEAD YOUR TROOPS TO VICTORY!

Musixmatch - Lyrics for your music 7.6.6