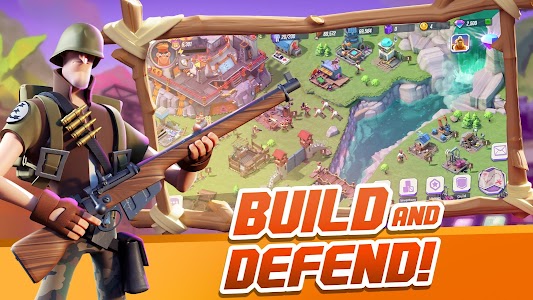 ** ELIMINATE THE BAD GUYS **
Lead your troops to war and conquer multiple unique territories. Total world domination is the only way!

** SQUAD UP WITH YOUR BROS **
Strategize and socialize in real-time with thousands of players all around the world!

** USE EXCESSIVE FORCE **
Build a powerful army and charge to the battlefield with your troops!
Show More >